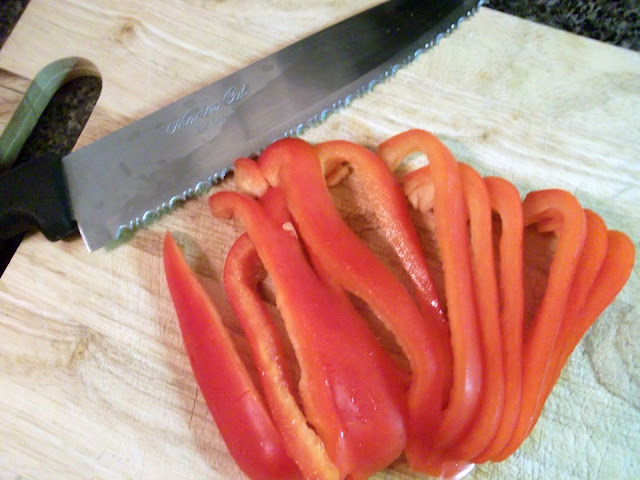 You know what's hard? Consistent blogging! It's not for a lack of things to write, I promise. It's just plain exhaustion. Last week coming off the holiday was essentially like cramming five days worth of work into three!

So in the spirit of preserving free time, precious sleeping hours, and having just promised my cousin I'd share this recipe, here is a quick and easy recipe that remains one of our fail-safes for weeknight dinners.

Coat a large skillet with your olive oil and turn on low to heat. Dice the chicken into your preferred size of bite-sized pieces and sauté in oil on high until cooked through. Dice any desired fresh veggies and add to skillet along with the bag of frozen stir fry veggies. At this point, I turn the heat to low again and half cover the skillet to allow the veggies to thaw and steam out. This is also a great point to start your rice. Cook rice according to package directions (I used 1 1/2 cups rice with 3 cups water and 2 tbsp. butter.) 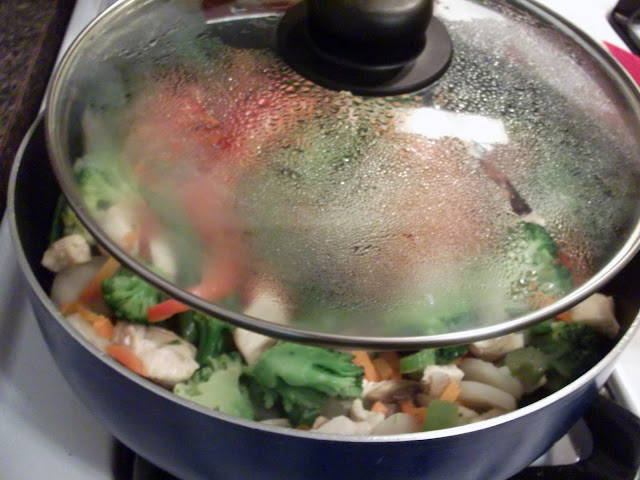 So far super easy right? Now for the sauce:


Scoop your peanut butter with a standard dinner spoon or table spoon into a shallow, microwave safe bowl. I do heaping scoops because peanut butter is delicious! To soften the peanut butter, place bowl in microwave and heat for about 45 seconds.  Add additional ingredients to warmed peanut butter and whisk with your spoon until smooth. 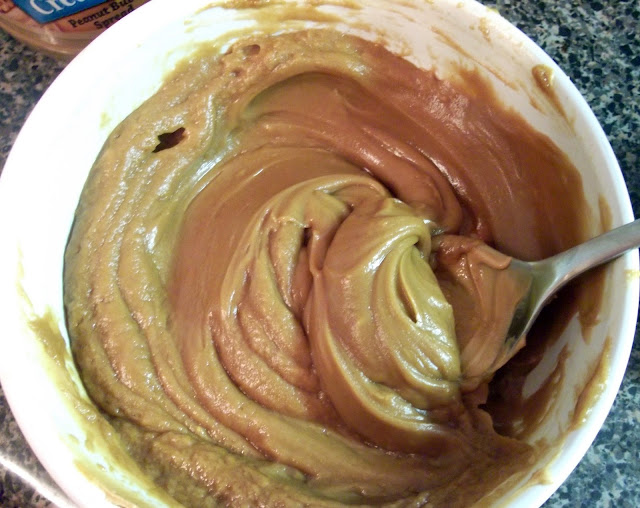 I did not create this sauce recipe, but I have altered it many times based on taste and what I have available in my spice cabinet. It's also great made with fresh garlic and fresh ginger! You can find the original sauce recipe here.

Pour the sauce over stir fry mixture, keeping the heat on low until the sauce coats all of the chicken and veggies. While this is a thick sauce, it spreads well over your stir fry and doesn't overwhelm your food. I often add sesame seeds to any stir fry, why not? 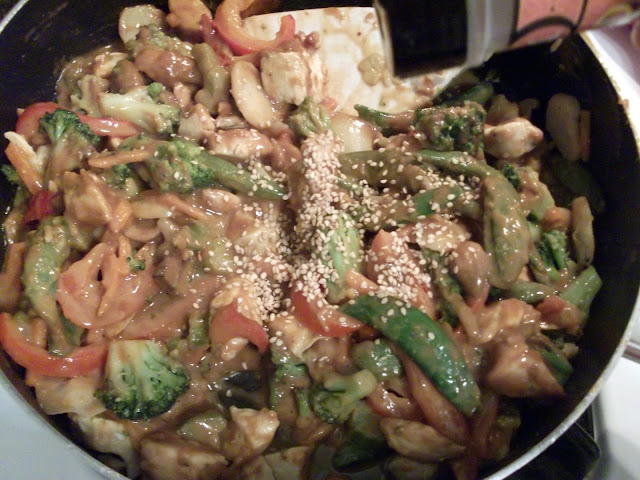 You are now ready to serve over rice!

Email ThisBlogThis!Share to TwitterShare to FacebookShare to Pinterest
Labels: Recipes

What Do You Know?

This was my driving point in a 10 minute speech delivered in the persona of Shirley Jackson. Confused? Let me explain.

In 10th grade Honors English, we were tasked with picking an author to study for  an entire semester; quite a lofty project in the eyes of a 16 year old, yes, but having just finished reading Ms. Jackson's "The Lottery" as a class, I made the decision that I didn't want our relationship to end with bafflement and confusion (reading "The Lottery" will do that to you). So she became mine. Three novels later, the final project was to deliver a piece of our epically long culmination essay out loud to the class, as our author.

I don't know why I chose the words I did then to encapsulate Ms. Jackson's style, nor do I, looking back now, think that phrase is even something she'd particularly say. "I write what I feel, and I feel what I know." Perhaps.

But, I do remember my English teacher at the time pointedly asking me if I had read the phrase somewhere or if I had written it, and here's the thing; I already knew it. I wrote what I felt down because I already knew it in my gut. That phrase had been rolling around my head for so long, but acting as Ms. Jackson gave me the excuse to finally write it down. It hasn't stopped rolling around in my head since, even to this day 10 years later. So yes, I guess I wrote it, but it isn't really a new thought now is it?

By now, I'm sure you're reading this asking yourself what my little story has to do with anything I'm doing these days. I asked the same thing not but an hour ago, because there I was finishing up a well written novel, and BAM, there is that silly little phrase again.

So, I can only assume I need to embrace it in my art (that or become the writer I often daydreamed of being). Either way, I think of it like this: I can create and make what I do because of how something or someone makes me feel. A heart is just a heart unless there is intention behind it - love, adoration, peace. But none of these emotions would register or even cultivate themselves as creative ideas if it weren't for a known presence or inspiration currently influencing me in my everyday.

I know that for some reason, I have now set myself on this path with PageFree, with a lot of support along the way no doubt. I can only hope my "writing" or in this case my art, is enough of a vehicle for me to someday convey my feelings about the world I know.

If I haven't lost you yet, THANKS! But really, thank you for sticking through this post; sometimes you just have to write a thought down to bring it into its fullest potential, you know?
Posted by Unknown at 1:56 PM No comments:

Email ThisBlogThis!Share to TwitterShare to FacebookShare to Pinterest
Labels: Everyday Life, The Business

An Ode to Wedding Creativity Part 1

Yes, yes, I know I dropped off the radar here on my BRAND NEW blog for two weeks, but I promise it's all been for a good reason! As many of my friends, coworkers and family members know all too well, this summer has been one long whirlwind of back to back wedding plans for both my cousin (second sister really) and my actual little sister. Of course, loving them both as much as I do and being thrilled to be a part of both wedding parties, how could I not hop on the planning train? I just had to do my best to make sure my job made the ride a bit easier for both girls.

Katherine and her new husband, Josh, just celebrated the big day this past weekend and after seeing the beautiful event come together, I cannot help but marvel at how much sweat and tireless effort it took from multiple creative minds coming together to pull this thing off. 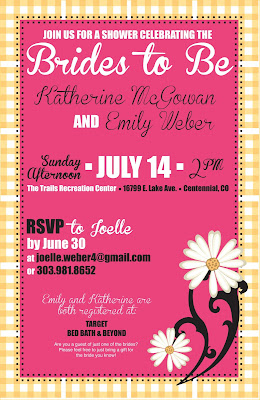 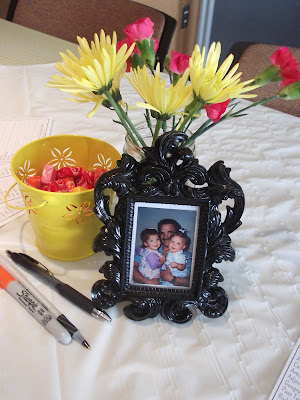 My first real test in this strange realm of creative overdrive was the combined bridal shower I organized for both Katherine and Emily back in July. Yes, I wanted to make it memorable of course, but I am starting to blame Pinterest for this event-planning era we live in now where everyone can plot and pin their perfect event-to-be with glamorous DIY photos of the perfect party perfections. It sets an expectation, and while it's an amazing workbook to sample from, it does raise the bar for a certain standard of perfection. Regardless, I had a vision for this shower, and yes I feel victim to the Pinterest pull; I wanted it to be beautiful for the both of them, I wanted to pull off a seamless harmony of color and cohesive design for the whole affair, but I did not want the stress to trump the underlying creativity. It was a lovely event overall, and I'm so happy they enjoyed it! 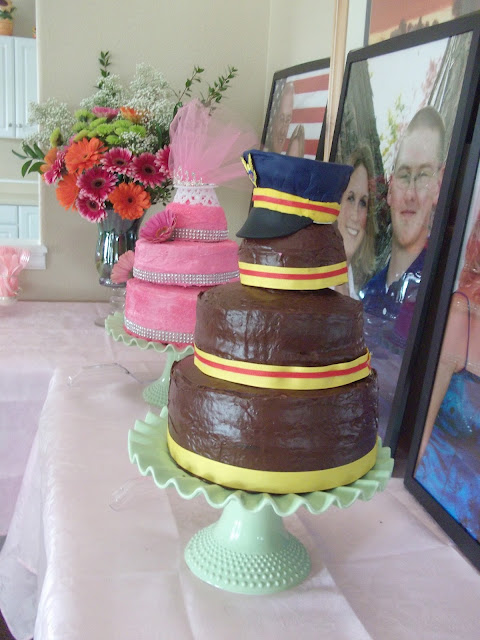 Speaking of creativity in the bucketfuls, I have to give a hat's off to Josh's grandmother Carol for her adorable and super creative bride and groom cakes for Katherine and Josh at their rehearsal dinner. Katherine loves pink, so no surprise there! Josh is in the US Army, and because Carol could not find a mini army hat, she made one out of clay and baked it!  I couldn't get over it. Both cakes were so fitting and really brought an extra special element to their pre-wedding party.

So today, I leave you with this; I have been so inspired by the all of the creative juices flowing for these weddings, I can only hope to bring that passion to wherever my work takes me next.  Stay tuned for Part 2 of this post after "Wedding #2" in October...

Congrats to the happy couple! 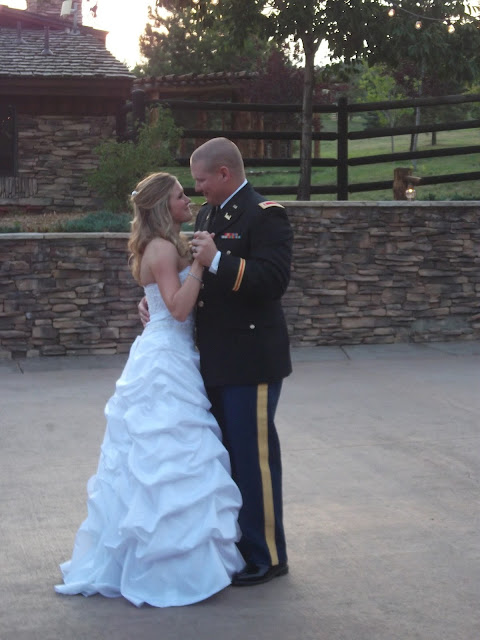 Posted by Unknown at 8:56 PM No comments:

What a bold statement to lead off with in title form, am I right? Most days, I find it challenging to want to clean my apartment, let alone make a point of living every day thinking about how I might fulfill my "creative quota" for the week.

But you're here because I directed you to this brand new blog in which I will write tidbits about my life and what it means to try and fulfill this very broad goal, so, here we go!

I started PageFree as a first step in giving some direction to my art as a hobby. One can say I have definitely dabbled in several different mediums: pastels, knitting, sketching, cross stitch, jewelry (this includes beading and metal work), but what has really stuck and made an impression with me was the first time I tried my hand at furniture decoupage. This was back at the end of high school when my friend Mallory asked me if I wanted to do a decoupage project with her; she had a collection of photos from high school that she was hoping to adorn on an old trunk she was taking along to college. 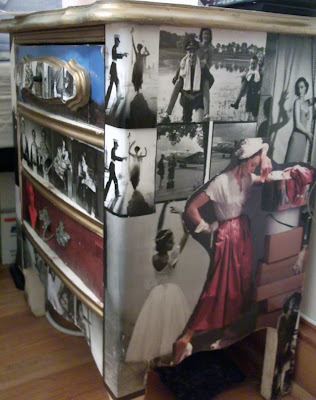 I am never one to turn down a new art project, so yes, I wanted to give this a shot! First, I found an old side table/nightstand from a thrift shop for around $12 (score!) that badly needed some new love. Also around this time, my friends and I had formed a pretty frequent habit of meeting at the local Barnes and Nobles for coffee. It was on one of these very trips that I stumbled across a book of Vogue fashion photos from the 1920s - 2000s on clearance for only $1! YES ONE DOLLAR! I had just found my subject matter for this decoupage project.  It was a challenging two days, but I loved creating something beautiful from something which had already had a former life; in this case both the nightstand and the book.

It's now several years later, and while PageFree doesn't focus on furniture re-designs (yet!), it has been extremely important to me to maintain the same general idea. I want to take old things and make them new. I want to tear up an old magazine that no one looks at anymore and find the perfect colors, textures, and lines to create the leaves on one of my trees. I want to see a fashion photo and think up an entirely new story for it.  I want to take this old book that is falling apart and show it some love by making it into a cute greeting card that will bring a smile to someone's face. 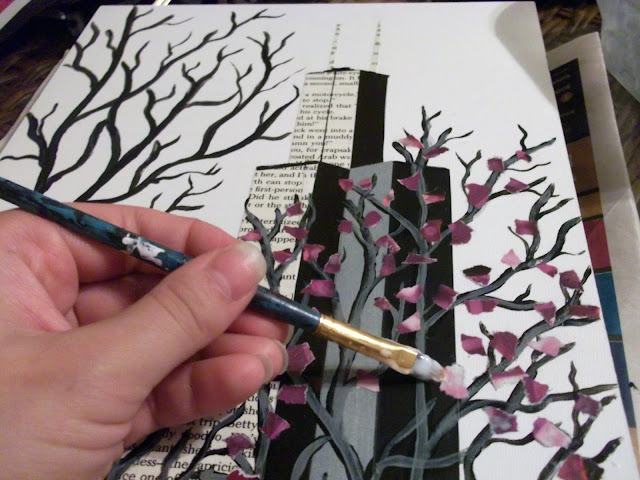 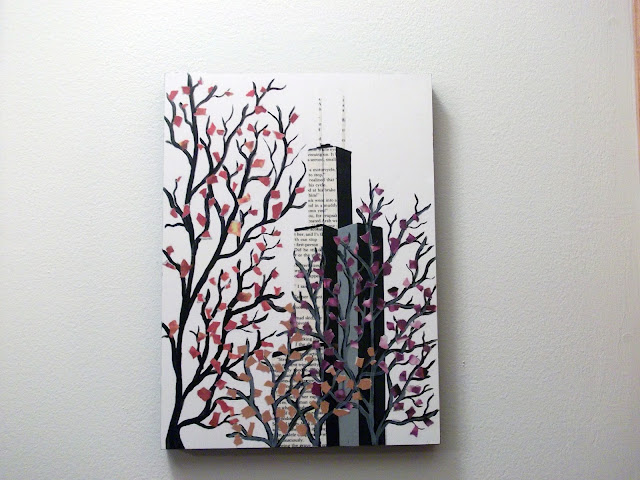 I have said before that I am inspired by the things around me. Yes, this includes nature on some days, but often these inspirations come in the form of "What do I have in my house that I can make this happen with?" or "How can I change this into what I ultimately envision?" Example below: I did not have wrapping paper for my boyfriend Anthony's birthday gift, but knew in my head what I wanted, so I just made it happen with the resources on hand. 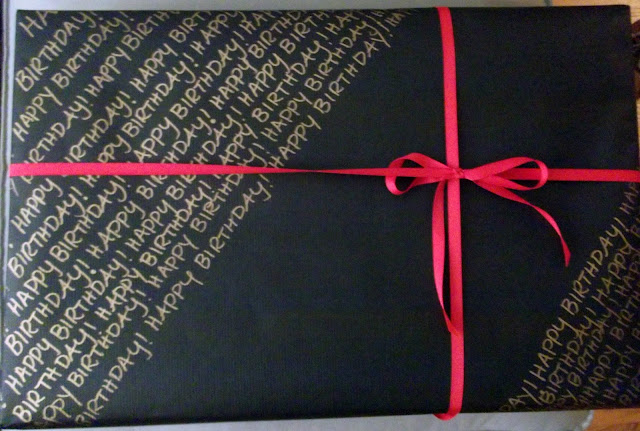 I can't promise that I'll always be successful, but the point is just to keep trying right? But of course we must always have fun doing so!